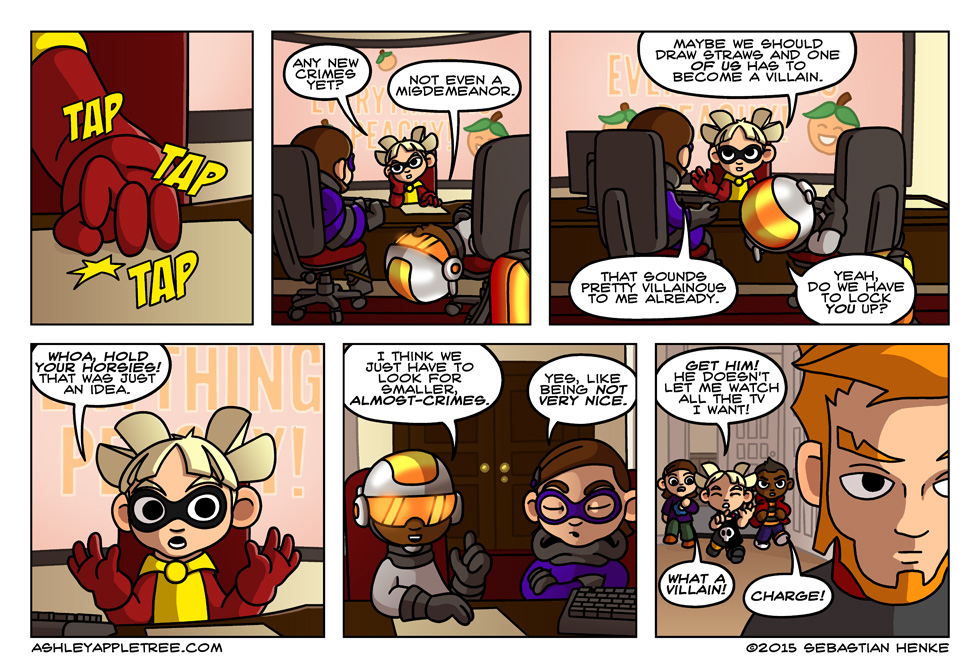 I get the feeling that Drake is generally not a big fan of the kids playing superheroes. It leads to something like this too often.

UPDATE:
It’s July the second now, which marks the third Anniversary of the comic. Thanks for sticking with it through 470 comic strips. 😀
It’s way too hot over here right now, so I drew you some birthday ice cream instead of a cake.
I hope you’ll enjoy the rest of the comics. 🙂